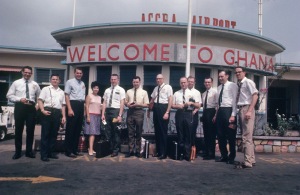 I learned many things from my first trip to Ghana, West Africa in 1969. The most frustrating lesson is this. You can share your experience, but you can’t share the experience. When you see a picture or hear a report you are only participating in the experience of another.

That first visit to Ghana many years ago changed me forever. I have never been the same. When I view pictures of suffering and need in the world my heart aches for something to be done.

Today the words of Jesus resonate with me, “When he saw the crowds, he had compassion for them, because they were harassed and helpless, like sheep without a shepherd.” Matt. 9:36.

You can see with eyes of compassion.

In his book, “Unfinished…Believing is only the beginning”. Richard Stearns speaks of the two kingdoms the people of the world live in. One is “The Magic Kingdom”. This kingdom is filled with all of the blessings that most of us in the West experience everyday of our lives.

This is something that God sees every moment of every day.

To us it seems hopeless. It isn’t! We often feel helpless. But there is a solution!

Abraham did it. It was a requirement of the law given to Moses for Israel. I believe it was practiced by the infant church of the first century. And if Christ followers in the 21 Century practiced it…

“If Christians all gave a tithe; the US church would have an extra $168 billion for missions and service. The cost to give the whole world primary education, clean water, and basic health care and nutrition would cost just $28 billion. Think how the world would change with the resources to share the good news!” (Richards Stearns Facebook site).

If that is true, and I believe it is who is ultimately responsible to do something about the suffering in this world? What group of people should care more than those who have been bought by the precious blood of Christ?

When people ask, “Why doesn’t God do something about all the suffering in the world?” His “silence” is because He has already spoken. We are His hands and feet, His ambassadors, His children. We have been blessed with the means to do it, so what is the problem? 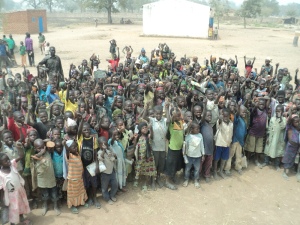 No single person, church or organization can do it alone, but working together we have been given everything we need to do everything He asked of us.

I have seen with my own eyes what can happen when just a few people who know they can’t do everything, decided to do something. Hope Springs International was born out of exposure to an urgent need, an S.O.S. Hundreds of people, mostly children, were dying.

Helen Keller once said, “Although the world is full of suffering, it is also full of overcoming of it.”

So let me close by asking, “Who is blessed more, those who receive or those who give? According to Paul, Jesus said, “It is more blessed to give than to receive.” (Acts 20:35). I know this to be true from personal experience. Many of you reading this know this to be true also. But there are many more who will never know the truth until they put the words of Jesus to the test.

One thought on “What do you see?”