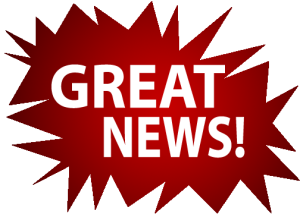 On Monday one of our board member couples gave me a check for $10,000.00. This couple told me earlier, “We need to get this Health Center addition finished.” Now with their generous gift we have the funds to do just that. Praise God!

I am privileged to work with a great board of directors. Each of them brings special talents to the table. All of them have a deep love for the lost and a missional mindset. Just as God has directed and blessed this work from its beginning, He continues to bless us with key couples and individuals to serve on our board. A little over a year ago two other of our board members hosted a fund raiser that brought in the $8,000.00 needed to get this project started.

We are also deeply grateful to others who have given to this project as well. Working together God is causing His plan to unfold for this very remote area of Southern Chad. We are so blessed to be able to work with HIM.

three years ago. The message of Christ is shared with all who come for treatment. There is no way to know how many lives have been saved, but more importantly many have come to Christ and new churches have been established. People can no longer say they have never heard the name of Jesus.

Stay tuned for updated reports on the construction progress and other exciting new developments on the horizon. We serve a big God. As Perry Nobel said recently, “May we not be found guilty of “safe,” small and manageable thinking when God is able to do immeasurably more!”

If you would like to partner with us you may donate at: www.hopespringsint.com or by mail to Hope Springs International, 118 Wessington Place, Hendersonville, TN 37075.

My last post was filled with sadness at the death of 5 year old Pandjelta. But when you have never had access to modern medicine you do what you have been taught to do. Superstition and ancient remedies rule the day in this remote area. So our work is not only to treat the sick, but to educate as well.

While there is sadness at this loss of this child there is great reason to rejoice as well. We just received a report about the Jordan Health Center, from our Director of Operations for Africa, Rambi Ayala, which is so encouraging.

“It is so gratifying to note what remarkable progress is being made at the Jordan Health Center. During a recent visit by a panel of inspectors from the Federal Ministry of Health, JHC was given an A rating for centers in the same category. The panel said JHC is growing fast and has the prospect in the future of being made a General Hospital.

New supply of medications being inventoried.

need of medical care.  When one realizes how difficult it is to get to Dono-Manga you realize what a blessing JHC really is to this area.  It is for this reason that the government swiftly pledged its readiness to periodically assist in supplying drugs at a 50% discounted price. They lauded the ongoing project of new building at the center which they said meets the required standard.”

Below is a record of the patients that were treated over a 10 month period in 2013.

It is hard to believe that this many people are being treated presently in a building no larger than a one car garage. All the more reason for our excitement as our new addition nears competition. This two ward 8 bed facility will be such a blessing.

Those coming for treatment are encouraged to pay at a greatly reduced cost. These funds are used to replenish our drug supplies. But from time to time we do have a need to provide additional funds to restock our drug supply because no one is ever turned away. The children at our orphanage and school (close to 700) are all treated as needed at no charge.

Your donations to Hope Springs International supply us with the funds to be sure that we always have needed medications on hand. Will you join us in bringing lasting change to one child, mother, and father at a time? You can donate here: www.hopespringsint.com or by check to Hope Springs Int’l, 118 Wessington Place, Hendersonville, TN 37075

The wailing cries of a frantic mother holding a child with convulsions and an extremely high fever interrupted worship on Sunday the 16th of February in Dono-Manga. Eloi, our resident nurse, rushed the mother and child to the Jordan Health Center next door and began treatment.

Everyone initially breathed a sigh of relief that the Health Center was so close. The convulsions and fever were brought under control, but it would not be enough to save this 5 year old little girl named Pandjelta. Monday morning would begin with the news that the Pandjelta had died, and a funeral

We would learn later that the parents had been treating Pandjelta with a common local home remedy of herbs mixed with alcohol for two days until they saw the situation was out of hand and ran seeking help at the Jordan Health Center. Had these parents brought Pandjelta to the Center first, she could have been easily treated, like hundreds of others, and would have in all likelihood recovered.

Long lines are typical most every day.

Superstitions and home remedies are hard to overcome in these remote areas of Chad. Until our health center was build the people of Dono-Manga had no other option. But it is such a different story today. In the last 10 months of 2013:

I can assure you that without the Jordan Health Center many of these people, especially among the children, would have died needlessly of easily treatable diseases.

The Jordan Health Center is just one of the many works your donations make possible. As you can see from the above figures your gifts are bringing lasting change to one child at a time.

Stay tuned, more important news is coming your way over the next few days!