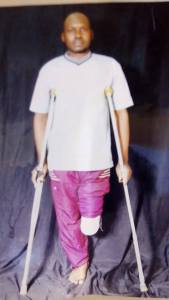 Our healthcare system with all of its problems and challenges is so much better than having nothing at all. We were recently made aware of two cases that make this so clear.
The first case is of a young man that is a close friend of our Director of Operations Rambi Ayala. He was in an automobile accident and broke his leg some time ago. Because he could not afford to have the leg set and put into a cast infection set in and his leg had to be amputated. The cost of an artificial limb would be $800.00. Without this new limb he would be forced to live a life on crutches, would lose his job and have no way to support his 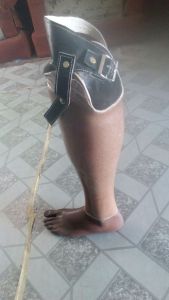 family.
The second case is of a young man who broke his leg last week and could not afford the $250.00 to have his leg set and put into a cast. The hand writing was on the wall and without action soon he too would face the fate of the first young man.
Thanks to the generosity of one of our Board of Director couples, both of these needs were met last week. Gifts like these bring lasting change. Thanks Van and Trisha for being Jesus to these men.